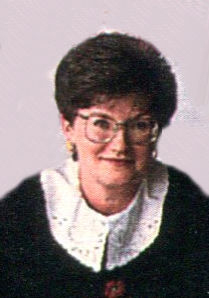 Joyce Hembree Davis, 75, of Waynesville, passed away  Friday, May 15, 2020, at CarePartners Solace Center.
A native of Cherokee County, she was a daughter of the late Glenn and Lorraine Crisp Hembree. In addition to her parents, she was preceded in death by her daughter, Lea Ann Davis; and her brother, R.G. Hembree.
Joyce was a loving wife and mother, and a member of First Baptist Church of Lake Junaluska. She was executive secretary of Parents Against Teen Suicide (PATS) since 1987, an organization started by her and Fred, following the death of their daughter, Lea Ann. In 1990, they started Teen Education and Crisis Hotline (TEACH). Together, these organizations have helped thousands of people, supported by many volunteers.
Joyce is survived by her husband of 54 years, Fred Davis; daughter, Tina Honerkamp (Nick) of Maggie Valley; two grandsons, Calab Honerkamp (Cese) and Hayden Honerkamp.
A private family service will be held. Joyce will be laid to rest beside her daughter, Lea Ann.
Memorials may be made to NCSHP Hall of History, “A non-profit Corporation,” Attention: Ed Maness, P.O. Box 1074, Garner, NC 27529.
The care of Joyce has been entrusted to Wells Funeral Homes, Waynesville. An online memorial register is available at “Obituaries” at wellsfuneralhome.com.