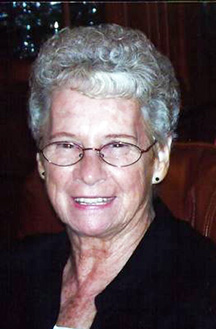 Emogene Neal Clark, 79, of Andrews, passed away Tuesday, Aug. 11, 2020, at her residence.
She was a native of Nantahala but had lived most of her life in Andrews.
She had worked throughout her life with Owenby Manufacturing and Peachtree Industries until retiring in 2005.
Emogene was a member of Aquone Baptist Church but also attended Oak Grove Baptist Church in Marble.
She enjoyed spending time with her kids and grandkids.
She was the daughter of the late James Howard and Jane Rowland Neal. Emogene was also preceded in death by her sister, Ruth Lambert.
Surviving are her loving husband of 60 years, Zelmon Clark; two sons, Kenney Clark and wife Christel of Andrews, and Darrell “Juice” Clark and wife Krystal of Andrews; three sisters, Ethel Ensley of Andrews, Helen Hopper of Nantahala, and Lucille Bateman and husband Morgan of Ringgold, Ga.; three grandchildren, Kaden Lee Clark, Carley Michelle Clark and Dalton West, who she also thought of as a grandchild; and several nieces and nephews.
Funeral services were held at 4 p.m. Friday, Aug. 14, in the chapel of Ivie Funeral Home, Andrews, with the Rev. Randall Moss officiating. Interment was in Valleytown Cemetery. Pallbearers were Kaden Clark, Brandon West, Dalton West, Josh Fulford, Tony Bateman and Jim Daily. Honorary pallbearer was Derrick Lovingood.
The family received friends from 2-3:45 p.m. Friday, Aug. 14, prior to the services at Ivie Funeral Home, Andrews.
Ivie Funeral Home, Andrews, was in charge of all arrangements.
An online guest register is available at iviefuneralhome.com.