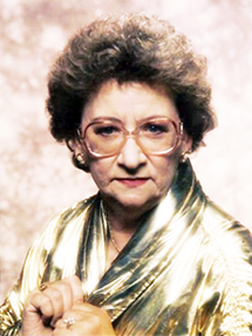 Betty Jean Martello, 87, of Riverside, Calif., passed away at her home Thursday,  Dec. 31, 2020, from natural causes.
She was born to the late Arnold Robertson and Ruby Burchfield on May 9, 1933, in Murphy.
Five biological children survive her: son, David (Kim) Farquhar of Bloomington, Ind.; son, Bill Farquhar of Phelan, Calif.; daughter Teresa (David Buss) Farquhar, and son Robert Farquhar, both of Riverside, Calif.; and daughter Tina (Casey) Martello of Bakersfield, Calif. Fifteen grandchildren, eight great-grandchildren, and numerous nieces and nephews also survive her.
While in high school in Andrews, she became a skilled published writer. During this time, she responded to a magazine request for letters for service members serving in the Korean War. Her letter was received by James (Jim) V. Farquhar. They continued to write to each other, and eventually met and married in McCaysville, Ga., before settling in East Point, Ga. In 1958, they moved to Jim’s hometown in Torrance, Calif.
In 1972, Betty remarried. She and Columbus Martello had one daughter.
Betty worked for Hughes Aircraft as a Microfiche Operator until 1989, when she retired; then,
she moved to Ducktown, Tenn.
Betty volunteered her time at the Ducktown senior center, making assorted crafts, banners and signs as needed, and the food pantry, distributing food to families in need.
In 2011, she moved to Riverside, Calif., to live with her son, Robert.
Betty enjoyed cooking, croqueting and thrift stores. Her hobbies included growing African violets, collecting books and recipes, candles and candle holders, cardinals, dogwoods and oil lamps.
In her memory, planting a blue dogwood tree in Riverside is being planned.
At her request, her final resting place will be in the Smoky Mountains of North Carolina.