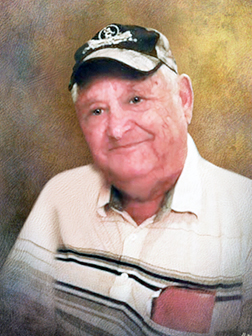 Robert Lewis Killian, 80, of Murphy, passed away Sunday, March 22, 2020.
He was a native and lifelong resident of Cherokee County, and the son of the late Burton and Evelyn Wilson Killian.
Robert was an electrician. He loved gardening, coaching baseball and was a lifelong Los Angeles Dodgers fan. Robert loved spoiling his grandkids and great-grandkids. He was a U.S. Army veteran.
In addition to his parents, he was preceded in death by his wife, Juanita Killian; one brother, B.B. Killian; and one sister, Bessie Connor.
He is survived by two sons, Barry Killian and wife Melissa and Daniel Killian and friend Ashley Class; one daughter, Krista Sams and husband Chad; three brothers, Jay, Terry and L.C. Killian; one sister, Karen Killian; five grandchildren, Cody, Levi, Noah, Kaelin and Jaz; and three great-grandchildren, Elijah, Annabelle and Oaklee.
Funeral services will be held at 4 p.m. Thursday, March 26, at Townson-Rose Funeral Home Chapel in Murphy. The Rev. Cody Killian will officiate. Burial will be in the Grape Creek Baptist Church Cemetery.
The family will receive friends from 2-4 p.m. Thursday, March 26, at Townson-Rose Funeral Home.
You may send tributes to the Killian family at townson-rose.com.
Townson-Rose Funeral Home is in charge of all arrangements.