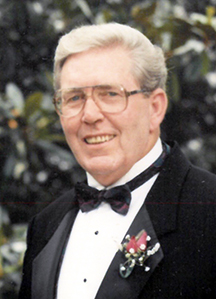 David L. Jarrett, 83, of Murphy, devoted husband, father, grandfather, friend and U.S. Navy veteran, passed away with his loving family by his side after a brief illness on Saturday, March 28, 2020, at Erlanger Hospital in Chattanooga, Tenn.
He leaves his wife of 59 years, Helen Stiles Jarrett; son, Steve Jarrett and his partner, Theresa Gaeta; son, Doug Jarrett; daughter, Jami Jarrett Rehor and her husband, Doug Rehor; grandchildren, Madison Land and Chance Burns; brother Bill Jarrett; brother-in-law, Bob Stiles and his wife Doris; sister in-law, Ann Stiles; former son-in-law, Kerry Burns; and many nieces, nephews and close friends.
Born in Ashland, Ky., and raised in Charleston W.Va., he joined the U.S. Navy after graduating from high school, serving on the flight deck of the aircraft carrier USS Lake Champlain (CVA-39) in the 1950s. While in the navy, he was a champion boxer, fighting under the name “Paxton Rivers” Jarrett in the 155-pound class.
After his honorable naval service, he moved to Atlanta, Ga., where he earned a law degree and entered the mortgage banking industry, rising to the level of executive vice president.
He and the former Helen Stiles were married in 1961, and together became the devoted parents of three children: Steve, Doug and Jami, with the family residing in Roswell, Ga. Retiring in 1998, David and Helen moved to Helen’s hometown of Murphy, where they spent the last 22 years together as active members of their community and their church.
A true motorcycle enthusiast, through the years David owned over 25 bikes, and enjoyed countless cross-country trips with his many riding buddies. To honor their friend David, two of those companions, Fred Winn and Hiram Bazemore, will be transporting his ashes from Chattanooga to Murphy by motorcycle, giving David “his last ride” with his dear friends.
Another passion of David’s was photography, and his favorite subjects were members of his family. Through the years, he took thousands of pictures, many of which are proudly displayed in the homes of his children and grandchildren, but most are stored in countless boxes at the home in Murphy. To bring a smile to everyone’s faces, he had placed a handwritten note to his children in one of them that read: “I knew one of you would get into my stuff, Dad.” His sense of humor brought joy to his family, even after he was no longer with them in life, but still with them in spirit.
A celebration of his life will be held at Peachtree Memorial Baptist Church in Murphy at the earliest opportunity that groups can again gather at their churches. The family will share the date and time once known.
The family has asked that in lieu of flowers donations be made in David’s name to the Youth Ministry at Peachtree Memorial Baptist Church, 1650 N.C. 141, Murphy, NC 28906.