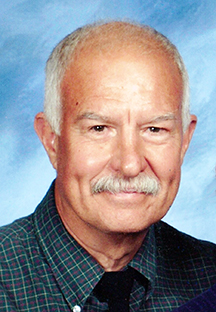 John Elton Jennings, 76, of Murphy, passed away Wednesday, Dec. 30, 2020, at his residence.
He was born April 11, 1944, in Austin, Texas, to Elton Jordan Jennings and Mary Jo Maleski Jennings.
John was a military brat and lived all over the world with his Airforce pilot father and mother. John continued the family tradition by joining the Army after college.
John graduated from Arkansas State in 1967 with a degree in business administration and was a member of the ROTC.
After graduation John volunteered for military service. He completed the Army Ranger Course that same year.
He qualified as a pilot of the world’s first attack helicopter, the Bell AH 1G Huey Cobra, April 5,1969, and was assigned to the 7th of the 17th Air CAV in Vietnam 1969 and 1970. From 1971-73, he served with the 162nd Assault Helicopter Company “The Vultures.” From there he transferred to the 223 D Aviation Battalion at Stuttgart Army Airfield in Germany.
In 1977, he was assigned to Fort Rucker, Ala., Army Aviation Training BDE. John was an instrument flight examiner, night instructor pilot and instructor pilot for the UH-1 Huey helicopter.
While at Fort Rucker, John met his wife, Kathryn Franklin, in 1980 at Enterprise, Ala., and they were married in 1982.
In June of 1982, John and Kathy were assigned to Nome, Alaska. John served as an advisor to an Eskimo Scout BTN. He also flew a UH-1 Huey to transport troops from the villages to Nome for drills. While in Nome, John received his Master Aviator Badge.
In 1984, John was assigned to Hunter Army Airfield in Savanna, Ga., as the Flight Operations Officer. In 1985, he qualified as a Fixed Wing Multi-Engine pilot.
In February 1987, Capt. John Jennings retired from the United States Army after serving 20 years.
After the military, John and Kathy moved to Orchards, Wash., where John flew Metroliners for Horizon Air based in Portland, Ore.
In August of 1989, John was hired as a Boeing 737 pilot for America West Airlines in Phoenix, Ariz.
Capt. John Jennings retired from the airlines in Phoenix in 2003.
After two years of full time RV living all over the United States, John and Kathy bought a home in Mountain Home, Ark. After two years, the RV bug bit them again and they traveled for two more years before settling in Cedar Key, Fla., for nine years.
In 2014, they bought a home on top of a mountain in Murphy and moved there permanently in 2017.
John is survived by his wife of 39 years, Kathryn Franklin Jennings; sister, Carol Jo Hebert of Texas and maternal aunt Mary Maleski Kasperski of North Carolina.
He was preceded in death by his parents, USAF Col. Retired Elton Jordan Jennings and Mary Jo Maleski Jennings.
John enjoyed scuba diving, fishing and hunting.
Graveside services were held for immediate family at 2 p.m. Tuesday, Jan. 5, 2021, at Greenwood Memorial Cemetery in Florala, Ala., with the Rev. Jerry Hutcheson officiating. The family requests that masks be worn and social distancing be observed.
Full military honors will be provided by the United States Army.
In lieu of flowers, the family requests memorials be made in memory of John E. Jennings to Shepherd of the Mountains Church, 68 Fairfax Drive, Murphy, NC 28906.
Ivie Funeral Home, Murphy, is in charge of all arrangements.
An online guest register is available at iviefuneralhome.com.