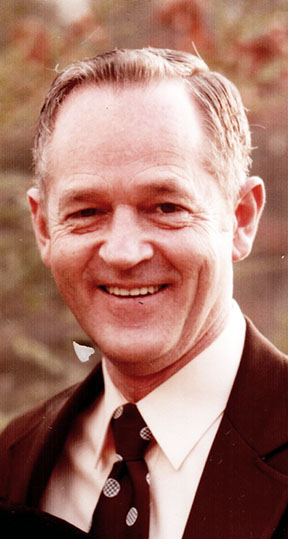 Charlie Stalcup, 88, of Marble, passed away Sunday, Feb. 7, 2021.
He was a native and lifelong resident of Cherokee County, and the son of the late Will and Blanche Moss Stalcup.
Charlie retired from Clifton Precision. He enjoyed gardening, yard work and loafering. He served as a minister in several churches in the community. Charlie loved spending time with his grandchildren. He was a member of Maltby Baptist Church.
In addition to his parents, he was preceded in death by his wife, Louise Stalcup; and two brothers, Ira and Clyde Stalcup.
He is survived by three sons, David Stalcup and wife Margaret, Dean Stalcup of Murphy and Danny Stalcup and wife Amanda of Marble; two daughters, Shannon Wright and husband Darryl of Murphy and Cheryl Lawrence and husband Marc of Andrews; two brothers, Henry and James Stalcup both of Marble; nine grandchildren; six great-grandchildren and one great-granddaughter due in April.
A graveside service was held at 2 p.m. Tuesday, Feb. 9, 2021, in the Maltby Baptist Church Cemetery. The Revs. Dallas Crowder and Paul Ray Morgan were officiating.
We appreciate everyone that attended the graveside service but we respectively required that everyone wear a mask and practice social distancing. We missed your handshakes and hugs, but our family wants to keep everyone safe.
Townson-Rose Funeral Home is in charge of all arrangements.
You may send tributes to the family at www.townson-rose.com.