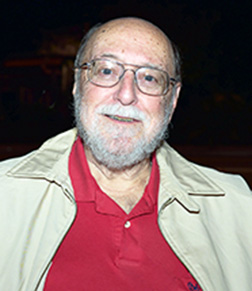 Charles Lewis McCartney Jr., 73, passed away  Sunday, Oct. 11, 2020, in Hollywood, Fla.
Chuck, as he preferred to be called, was born April 25, 1947, in James Archer Smith Hospital, Homestead, Fla., to Charles Lewis McCartney Sr. and Katharine Orphanedes McCartney.
A fourth-generation South Floridian, he attended Neva King Cooper Elementary School and Homestead Junior High, graduating from South Dade High School in 1965.
Chuck earned a Bachelor of Science degree in English Education from Florida State University in 1969.
After teaching high school English at Miami Central High School, he followed his first love as a journalist and editor, working for newspapers in his native Homestead as well as in Hollywood, Fla. He retired in 2009 after nearly 19 years as a copy editor with The Miami Herald’s Broward Edition serving the Fort Lauderdale area.
In the mid-1980s he worked as an editor for the American Orchid Society and wrote numerous articles on orchids for AOS publications as well as for California’s Orchid Digest, England’s Orchid Review, and publications of Fairchild Tropical Botanic Garden and the Florida native Plant Society, of which he was a lifelong member. His special interest was the native wild orchids of South Florida  as well as the Southern Appalachians, where he maintained a second home in Granny Squirrel.
He was an avid photographer of orchids and other flower species, often a sought after speaker for horticultural and orchid societies, native plant groups, garden clubs and natural history organizations.
Chuck was preceded in death by his parents, and his sister, Frenda Gerene McCartney Velez.
At his request there will be no funeral services.
Arrangements are being administrated by Branam Funeral Home, Homestead, Fla.