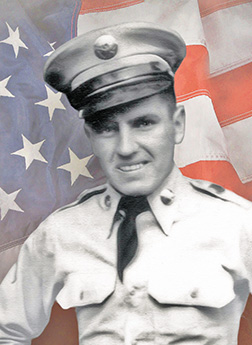 Bobby Lance Queen Jr., 87, of Andrews, passed away Wednesday, Sept. 2, 2020.
He was born in Macon County and had lived most of his life in Cherokee County. Bobby was the son of the late Lance and Frances McMahan Queen.
He was a machine operator at Coats American for five years. Bobby also worked at Magnavox in Andrews for 10 years and at Tennessee Chemical in Copperhill, Tenn., for 13 years.
He was a U.S. Army veteran. Bobby was of the Baptist faith and a member of Fairview Baptist Church.
In addition to his parents, he was preceded in death by an infant son, Kevin Scott Queen; and one brother, Guy Passmore.
He is survived by his wife, Iva Owenby Queen; one son, Billy Queen and wife Loretta; one daughter, Nancy Vernon and husband Don; three brothers, Larry, Golman and R.L. Passmore; one sister, Glenda Postell; four grandchildren and nine great-grandchildren; and several nieces and nephews.
Funeral services were held at 2 p.m. Saturday, Sept. 5, at Bethel Hill Baptist Church. The Rev. Eugene Taylor and Derrick Queen officiated. Burial was in Bethel Hill Cemetery. Pallbearers were David Moore, Tanner Moore, Curtis Moore, Logan Wagoner, Tucker Dockery and Derrick Queen. Honorary pallbearers were Jamie Postell and Jason Owenby.
The family received friends from 6-8 p.m. Friday, Sept. 4, at Townson-Rose Chapel in Andrews.
You may send tributes to the Queen family at townson-rose.com.
Townson-Rose Funeral Home was in charge of all arrangements.