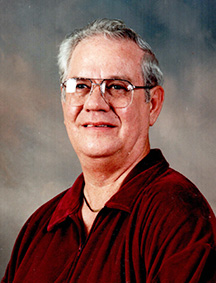 Billy Cecil Magness, 80, of Murphy, passed away Monday, May 18, 2020.
Billy was born in Cleveland, Ga., to the late William and Alline Maney Magness.
He was a delivery driver.
Bill was a collector of a wide variety of coins and toy cars. He loved going to flea markets, and enjoyed being with his friends and family. There was never an animal that didn’t like Bill.
Bill’s wishes were to be buried by his mother who died when he was a baby. Bill always longed for his mother’s love. Now he rests in the arms of Jesus and has been made whole.
The family would like to thank Edgar and Barbara Anderson for all the late night calls and Christian fellowship. Also, for our friends and neighbors’ support and love.
In addition to his parents, he was preceded in death by one daughter, Laura.
He is survived by his wife of 41 years, Syble Magness; they were married Sept. 23, 1978; one son, Aaron Ramsey; one daughter, Tootie Williams and husband Philip; three grandchildren, Travis Williams (Kimbra), Wayne Williams (Kelly) and Lacey McClellan (Bryan); and 12 great-grandchildren.
The family will receive friends from 5-7 p.m.Thursday, May 21, at Townson-Rose Funeral Home in Murphy.
The family will have a private graveside service. Burial will be in Old Shooting Creek Baptist Church Cemetery in Hayesville.
You may send tributes to the Magness family at townson-rose.com.
Townson-Rose Funeral Home is in charge of all arrangements.