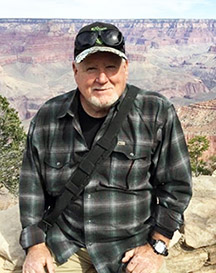 Thomas Michael Leone, 74, of Murphy and Indian Harbor Beach, Fla., passed away Sunday, June 7, 2020.
He was born in Delaware to the late Thomas and Julia Sullivan Leone.
Thomas loved guns, being outdoors, NASCAR racing, woodworking, planes, military and spending time with his family.
In addition to his parents, he was preceded in death by one brother, Gary Leone.
He is survived by his partner, Mary Jarvis; one son, Michael Leone; two daughters, Amanda Walker and husband Adam, and Tina Vollmer and husband Jeff; stepchildren, Clay Rich and wife Kim, Tonya Phillips and husband Scott, and Lisa Beaty and husband Dennis; one sister, Donna Hamm; 10 grandchildren, Garrett, Mason, Ian and Lila Walker, Alexis and Michael Phillips, Christian and Nicholas Rich, and Lauren and Michael Poling; and one great-grandchild, Crimson.
An inurnment will be held at a later date in Tipp City, Ohio.
You may send tributes to the Leone family at townson-rose.com.
Townson-Rose Funeral Home is in charge of all arrangements.