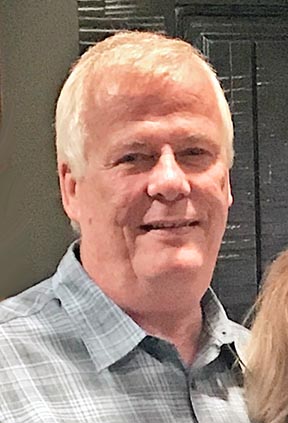 John Fillyaw, 69, of Murphy, passed away Monday, Sept. 9, 2019, in a Murphy care facility.
He was born in California, but considered himself a native of Orlando, Fla., as he was raised there since before age 1.
John was a Korean era veteran, serving in the United States Army as a linesman in the demilitarized zone.
John worked for the Florida Park Service for 33 years as law enforcement, park manager, but was a park ranger at heart.
Following his retirement in 2008, he moved to the mountains in Murphy, which he loved.
John attended Calvary Chapel Murphy and loved his church family.
John loved working with his hands and building furniture.
He was the son of the late John Harry Fillyaw and Lillian Mae Fillyaw Schneider.
Surviving are his wife of 34 years, Janet Fillyaw; two daughters, Jennifer Pearl and husband Brian of Vero Beach, Fla., and Dawn Grenet and husband Tim of Ormond Beach, Fla.; two sons, Wesley Smith and wife Tina of Atlanta, Georgia and Ryan Smith and wife Jamie of Hobe Sound, Fla.; two sisters, Joann Hunt and husband Mike of Orlando, Fla., and Catherine Wilkins and husband Gayden of West Plains, Mo.; two brothers, Donald Fillyaw and wife Janis of Niota, Tenn., and Allen Fillyaw of Riceville, Tenn.; and eight grandchildren.
A memorial service will be held at 1 p.m. Saturday, Sept. 14, at Calvary Chapel  Murphy with Pastors Jim Coy and Trent Abling officiating. Military honors will be provided by Hayesville VFW Post 6812, Hayesville American Legion Post 532, and Murphy American Legion Post 96.
The family will receive friends from noon-1 p.m. Saturday, Sept. 14, at Calvary Chapel Murphy prior to the services.
In lieu of flowers, the family requests memorials be made in memory of John Fillyaw to the Calvary Chapel Murphy, 5718 U.S. 64, Murphy, NC 28906.
Ivie Funeral Home, Murphy, is in charge of arrangements.
An online guest register is available at iviefuneralhomeinc.com.