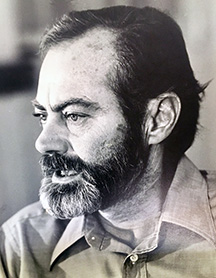 James Lewis “Jim” Long II, 93, formerly of Murphy, passed away Monday, May 18, 2020, in a Blue Ridge, Ga., assisted living facility.
Jim served in the United States Army. He was a World War II combat wounded veteran, serving in the European Theater and had received both a Purple Heart and Bronze Star.
Early in his career, he owned and operated Long Contracting Company, a construction engineering company specializing in civil engineering. Later in his career, he was the construction manager of the civil engineering phase of the MX Missile Program at the Nevada Test Site and subsequently oversaw the construction of the vast hanger network that secretly housed the first Stealth Fighter Wing, which was located at Tonopah Test Range in Tonopah, Nev.
Jim eventually retired from engineering to Puerto Penasco and then later to Alamos, Mexico.
He returned to the United States and resided in Florida, North Carolina and Georgia. During other phases of his career, he lived and worked in Ireland and Spain.
Jim enjoyed woodworking throughout his life.
He was the son of the late Broadus and Roberta Morgan Long. He was also preceded in death by a daughter, Susan Long; a son, Wesley Long; and a sister, Betty Goldstein.
Surviving are his wife of 72 years, Joanne Werling Long; five daughters, Melinda Ann Long of Missoula, Mont., Sarah Long Dauchez of Blue Ridge, Ga., Abigail Bohem of Lambertville, N.J., Molly Burkholder of Boise, Idaho, and Bridget M. Alan of Cancun, Mexico; two sons, James Lewis Long III of Murphy and Eric Long of Hopkinsville, Ky.; 19 grandchildren and 20 great-grandchildren.
A private memorial service will be held at a later date.
Ivie Funeral Home, Murphy, is in charge of arrangements.
An online guest register is available at iviefuneralhome.com.