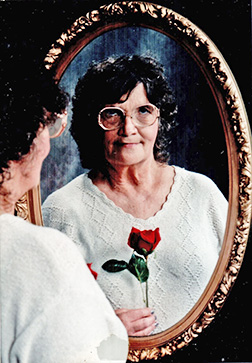 Emilou Anderson Dickey, 85, of Murphy, passed away Tuesday, Oct. 6, 2020.
She was a native and lifelong resident of Cherokee County, and the daughter to the late Wade and Myrtle Trull Anderson.
Emilou was a homemaker and also an in-home care for the elderly. She loved to shop at Logan’s Run Thrift Store.
Emilou enjoyed listening to WKRK during the week; especially on Friday and Saturdays, and talking to Tim.
She loved her family, cooking for others, bird watching and had a large collection of owls.
Emilou was a member of Shady Grove Baptist Church.
In addition to her parents, she was preceded in death by her husband, Frank Hall Dickey of 34 years; one brother, Charles “Buddy” Anderson; and one sister, Ruth Davis.
She is survived by one son, Roy Dickey and wife Christine of Murphy; two daughters, Melissa Lynn and husband Herbert of Powder Springs, Ga., and Wanda Nelson and husband Rich of Irvine, Calif.; two brothers, Lowell Anderson and Lewis Anderson and wife Earlene; three sisters, Irene Earls, Elizabeth Gladson and Carolyn Taylor and husband Marion; six grandchildren, five great-grandchildren and also one great grandchild on the way, Myles; one great-great-grandchild; and a host of nieces and nephews.
A memorial service was held at 2 p.m. Saturday, Oct. 10, at Townson-Rose Funeral Home Chapel in Murphy. The Revs. Gerald Derreberry and Alan Harris officiated.
The family received friends from 1-2 p.m. Saturday, Oct. 10, at Townson-Rose Funeral Home.
In lieu of flowers, memorials may be made to Logan’s Run Rescue and Thrift Store, 3000 U.S. 64 W., Murphy, NC 28906, or to Shady Grove Baptist Church Cemetery Fund, 6 Deweese St., Murphy, NC 28906.
You may send tributes to the Dickey family at townson-rose.com.
Townson-Rose Funeral Home is in charge of all arrangements.