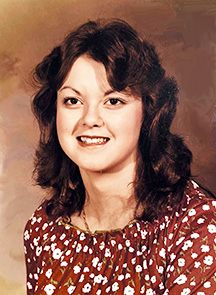 Barbara Jean Webster, 61, of Marble, passed away Saturday, June 13, 2020, at her home.
She was the daughter of Jean Mercer Pendley and the late Ted Anderson. She was a native of Newfoundland, Canada.
Barbara was a loving Christian wife, mother, and grandmother. She was the proud mother of Murphy’s first triplets. Barbara loved to sing at church and around the house. She also enjoyed decorating and celebrating all the holidays and achievements of others.
She was preceded in death by her stepfather, Bill Pendley; and two brothers, Gary and Larry Anderson.
She is survived by her mother, Jean Mercer Pendley; husband, Lamar Webster; one son, Brandon Farmer and wife Lori; two daughters, Brenna Farmer Chu and husband Jason, and Shanna Morales and husband Eddie; one step-daughter, Jennifer Gibby and husband Chris; one brother, Reggie Pendley and wife Lisa; seven grandchildren, Jake, Stella and Gray Farmer, Max Chu, Sophia Morales, and Logan and Nattaley Gibby.
A memorial service was held at 2 p.m. Tuesday, June 16, at Townson-Rose Funeral Home Chapel in Murphy. Pastors Derek Tilley, Mike Franklin and Rayburn Wilson officiated.
In lieu of flowers, donations may be made to Relay for Life, 250 Williams Street NW, Atlanta, GA 30303.
The family received friends from 1-2 p.m. Tuesday, June 16, at Townson-Rose Funeral Home in Murphy.
You may send tributes to the Webster family at townson-rose.com.
Townson-Rose Funeral Home was in charge of all arrangements.