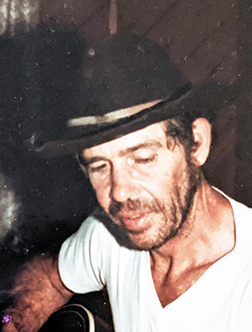 Austin Delano Conley, fondly known as “Mouse,” went home to be with the Lord Monday, Feb. 10, 2020. He was born Sept. 18, 1940.
He was the husband of the late Brenda Jacobs Conley, who passed away Dec. 1, 2019.
He served in the United States Army from 1959-61. He was a member of Masonic Lodge No. 529.
His strong work ethic and devotion to provide for his family led him to working several jobs throughout his life, many requiring him to travel from home. No matter where he was working, or how far away, he always looked forward to coming back to his home town of Andrews. Later in life, he worked in the furniture industry, working at Stanley Furniture in Robbinsville for many years and eventually retiring from Baker Furniture in Andrews.
He had an entrepreneurial spirit that kept him motivated to have many other ventures, ranging from tomato and tobacco farming to opening a garden supply store in his beloved community of Rhodo.
Being a self-made master craftsman who loved to work with his hands, he built the house in which he, and his late wife, Brenda, raised their family.
His talent for welding produced many beautiful pieces, including wood burning steel stoves that kept the family warm through cold winters.
Many may remember Mouse in his younger years for building and operating a dirt race-car track below his home in Rhodo; and, for wrecking many cars on that track, including two Thunderbirds.
Others may remember him for his music making. He taught himself how to play the fiddle, banjo and guitar, and loved to play with his buddies.
Austin was the youngest boy of 10 children belonging to the late Frank and Alberta McCullough Conley. He was preceded in death by sisters, Rena Walden (Butch) of Bear, Del., June McGee of Dalton, Ga., Jerry Roper (Carl) of Andrews, Jane Raxter (Dennis) of Andrews; and brothers, Frank Conley Jr. (Joy) of Andrews, and David Conley of Andrews.
He is survived by his siblings, Douglas Conley of Cookeville, Tenn., Sarah Webster (Larry) of Robbinsville, and Alice Stewart (Jay) of Robbinsville.
Austin is survived by three daughters, Jeana Conley of Andrews (Randy Bryant), April Tallant of Robbinsville (Mack Tallant), and Susann McWhorter of Caledonia, Miss. He was the proud papaw of three grandsons: Alex Hardin of Atlanta, Ga., Chase Hardin of Charlotte, and Jackson Tallant of Robbinsville. He is also survived by many nieces, nephews, cousins and loving neighbors who visited him frequently during the last years of his life.
Funeral services will be held at 2 p.m. Saturday, Feb. 15, in the chapel of Ivie Funeral Home, Andrews, with the Rev. Scott Roper officiating. The interment will be in Valleytown Cemetery with military graveside rites conducted by the Hayesville VFW Post 6812, Hayesville American Legion Post 532, and Murphy American Legion Post 96, and masonic graveside rites conducted by the Andrews Masonic Lodge No. 529. Pallbearers will be Alex and Chase Hardin, Mack and Jackson Tallant, Jon and Greg Conley, David and Dale Raxter, Lloyd and Jamie Donaldson, Todd Webster, Andrew Stewart and Howell Jacobs.
In lieu of flowers, the family requests memorials be made in memory of Austin Conley to the Alzheimer’s Association, P.O. Box 96011, Washington, DC 20090-6011 or alz.org.
Ivie Funeral Home, Andrews, is in charge of all arrangements.
An online guest register is available at iviefuneralhome.com.