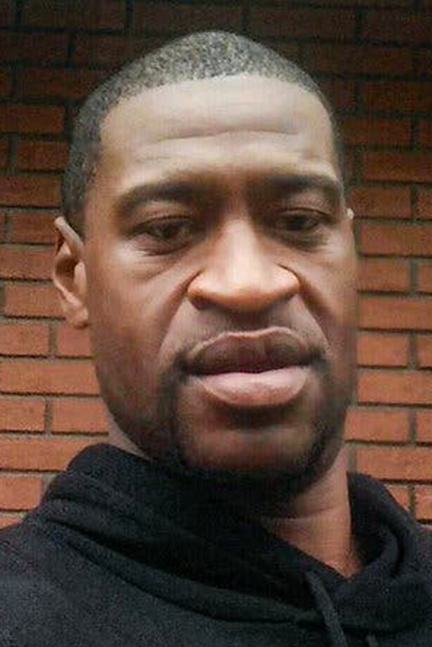 I always told my son that if he ever ran into a problem to find the closest law enforcement officer. The person in uniform is there to protect and serve. You can count on them to help.
It didn’t occur to me that to some people in the community with a different skin tone than mine, that same officer could be considered part of the problem. Yet, as the evidence continues to stack up, the verdict is obvious: racism is leaving a bloody trail across the United States.
In 1991, Rodney King was brutally beaten by Los Angeles police officers, despite no charges being filed against him. In 2014, Eric Garner was choked to death by cops after being accused of selling individual cigarettes. In 2016, Philando Castile was shot by police while driving home with his girlfriend. That is just three examples.
It’s not just law enforcement. Earlier this year, Ahmaud Arbery was jogging when he was shot dead by a father and son who pursued him. In 2018, Botham Jean was murdered in his own apartment by a woman who opened the wrong door. Few have forgotten Trayvon Martin, the teenager who was gunned down by a self-styled vigilante while taking a walk in 2012.
What do those people have in common? They were all black men, needlessly killed. And they are far from alone.
Today, there’s George Floyd. On May 25, the black man described as a “gentle giant” by his family was handcuffed and put face-down in the street during an arrest for allegedly passing a counterfeit bill, something many of us have probably done without realizing it. Videos show a white officer, Derek Chauvin, keeping his knee and the weight of his body on Floyd’s neck for nearly nine minutes, almost three minutes after Floyd was unresponsive.
In one tragically sad moment on the videos, Floyd cries out, “Mama!” We all look to Mama in times of hope and horror, but we should never have to ask her to save us from people in authority.
“Please, I can’t breathe,” Floyd is heard saying. The officers did not react before his voice goes silent.
I pray Floyd’s legacy will speak loudly. While the riots and looting that occurred in many cities cannot be defended, the vast majority of protesters were peaceful. Those incidents should not be used as an excuse to overlook the racial injustices that preceded it, just like the officers involved in Floyd’s death don’t represent all members of law enforcement.
There are moments that offer hope for the future. Across the state in Wilmington, officers in riot gear took a knee a block away from protesters, keeping the peace while at the same time not being a threatening presence. And a Michigan sheriff put down his baton to listen to protesters; when they chanted, “Walk with us,” he did.
The bigger question is, how do we fix these institutional and systemic issues? It must be something more substantial than just not letting inappropriate off-color jokes slide anymore.
In the 1996 movie "A Time to Kill," a lawyer played by Matthew McConaughey is representing a man played by Samuel L. Jackson, who was accused of shooting two men in the horrible death of his daughter.
In his closing argument, McConaughey asks the jurors, who were all white, to close their eyes. He vividly describes the violent rape and murder of the young black girl in ponytails. Then he asked them to do one thing.
“Do you see her?” he said. “Now imagine that she’s white.”
To my fellow white folks, let’s all see – really see – what happened to George Floyd, and open our eyes to the racial injustices that are occurring all too frequently in our country today. If any American is not free to become everything they were meant to be, then no one is free in America.
David Brown is publisher & editor of the Cherokee Scout. You can reach him by phone, 837-5122; fax, 837-5832; or email, dbrown@cherokeescout.com.